Participate in our research 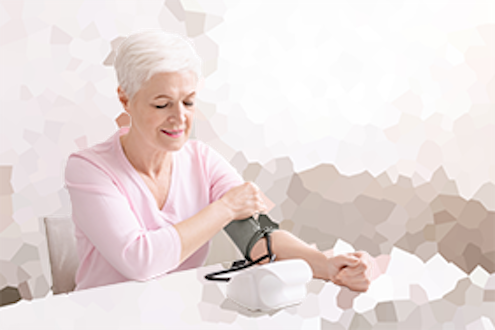 For most of human history, health care was delivered in or near the home. And while the movement towards centralized healthcare has provided great advancements in treatment and research, there is little doubt that something has been lost in the transition.

What is Remote Patient Monitoring (RPM)?

Remote patient monitoring (abbreviated RPM) is a form of telehealth, also commonly known as telemedicine, that refers to the use of technology to facilitate interaction between clinicians and patients outside of a conventional centralized care setting, such as a doctor’s office or the hospital. RPM systems allow for continuous monitoring of physiological data for patients with acute or chronic conditions that would otherwise only be obtained during time spent in a clinical setting.

Some of the studied benefits of RPM include improved quality of life (QOL) for patients, particularly those with acute and/or chronic conditions that would require frequent long-term care, the ability for patients to maintain their independence while still receiving the care they need, catching deterioration before a severe worsening of symptoms, and reductions in the cost of patient care.

History of RPM Development: NASA, Kaiser, and the Arizona Study

Incredibly, the origins of remote patient monitoring are intertwined with the beginning of space travel. In the 1960s, telemedicine technology was developed to enable healthcare delivery to astronauts at NASA who were carrying out long-term missions in space. NASA was primarily concerned with whether the human body, particularly the circulatory and respiratory systems, could function effectively in space due to the lack of gravitational pull. Monitoring astronauts’ health in space also allowed scientists to collect data about changes that may occur in the human body over the course of a mission.

In 1964, NASA created the Integrated Medical and Behavioral Laboratories and Measurement Systems (IMBLMS) program, based on the earlier telemedicine programs that were in place during the Gemini and Mercury space missions. IMBLMS utilized more advanced technology that was developed with the goal of supporting longer missions. The program stalled due to a lack of government funding as the U.S. government’s priorities shifted in the late 1960s and early 1970s.

Following the breakdown of the IMBLMS program, the Kaiser Foundation International and Lockheed Missiles and Space Company established a partnership to develop a remote patient monitoring system to address the need for healthcare delivery in remote areas (on Earth) with limited access to medical services. The partnership allowed for the telemedicine technologies developed at NASA to be tested terrestrially; this was more cost-effective than testing the technology in space, as the cost could be spread across numerous government agencies that all shared an interest in understanding the benefits of telemedicine.

The Tohono O’odham Native American Reservation in Arizona was selected as the program site. Arizona was one of few states that allowed paraprofessionals (e.g. physician’s assistants) to deliver care to patients; the program operated in partnership with NASA until 1977. The outcome of this pilot program was captured in a 1974 NASA report: “[T]his approach [cooperative telemedicine] has ‘spin-off’ potential, in that space technology employed in the basic design of a flight system may be extremely beneficial to improving the quality of health care delivery here on [E]arth.”

The benefits of remote patient monitoring that were hypothesized during the NASA-Kaiser pilot program were realized less than a decade later when RPM/telemedicine was utilized to provide care following the 1985 Mexico City earthquake and the 1988 earthquake in Armenia. The latter (Armenian earthquake) became known as the “Space Bridge to Armenia” and fundamentally shifted international policy around cooperation in the case of a catastrophic disaster. NASA maintains programs to this day that focus on leveraging technology to enhance remote healthcare for use in space flight.

RPM Devices In Use Today

Today, some of the most commonly used RPM devices include:

Patient populations that have benefited from the use and advancement of RPM technology include patients with diabetes, cardiovascular disease—including patients who have suffered a heart attack or stroke—and patients managing chronic conditions more generally.

In the decades since the “NASA program”, the use of telemedicine in the United States has grown significantly, particularly as other technological solutions, such as electronic health records (EHRs) and electronic prescriptions, became integrated into the healthcare system. This growth is attributable to regulatory changes that have pushed for innovation in the medical field, as well as to shifts in public acceptance because of changing societal pressures (e.g. COVID-19 global pandemic).

In 2009, as part of the American Recovery and Reinvestment Act, the Health Information Technology for Economic and Clinical Health (HITECH) was enacted “to promote the adoption and meaningful use of health information technology”.

The Patient Protection and Affordable Care Act led to the creation of Accountable Care Organizations (ACOs). ACOs are groups of healthcare providers who come together to provide coordinated care to Medicare patients (and thus taking on the insurance risk for those patients’ care). ACOs were known to embrace new technology, telemedicine, and remote monitoring solutions to enhance care coordination for their patient population. In a 2015 statement, the American Telemedicine Association noted: “The underlying premise is that shared specialty services, coordinated care with more service sites, and easier access can reduce the cost of care. Numerous organizations, including the ATA, have called for the repeal of certain restrictions on telemedicine for Medicare reimbursement to work toward the goals of the ACO model.”

The enactment of the Bipartisan Budget Act in 2018 allowed for more leeway in RPM reimbursement for Medicaid and Medicare, paving the way for RPM to be used more widely in the U.S. healthcare system. In 2020, Medicare further increased reimbursement for RPM to an average of $120 per patient per month when providers are enrolled in a qualified program.

As a proxy for RPM expansion in the U.S. Healthcare system, below is a diagram that sheds light on the recent expansion of RPM devices used in clinical studies from 2005 to 2015.

The Societal Acceptance of RPM

Despite several key barriers which are outlined below, as technology advances, the use of RPM devices has become more widely adopted by healthcare professionals and patients alike.

For high-acuity patients, such as those with heart failure and chronic obstructive pulmonary disease (COPD), the adoption of RPM devices has been particularly impactful in enabling continuous monitoring and care outside of the hospital. Multiple studies have shown that the quality of life for this cohort of patients is improved through the use of RPM devices. The COVID-19 pandemic has laid bare the need for RPM as a safety net for patients when the hospital is no longer the safest place to receive care.

From 2016 to 2019, physician adoption of remote monitoring and management for improved care saw a noteworthy increase. Of the seven digital health tools included in the AMA’s survey of physicians' motivations and requirements for the adoption of digital clinical tools, remote monitoring experienced the second-highest increase–13% to 22%–in adoption rate, trailing only televisits, which doubled from 14% to 28%.

In 2019, well before the pandemic, a survey conducted by the Consumer Technology Association (CTA) indicated that more than half of consumers–52%– indicated they would use a connected health device if it was recommended by a physician. The results of an end-market user study published the same year showed that nearly nine out of ten healthcare providers in 2019–88%–indicated in 2019 that they had invested in or were evaluating remote patient monitoring technologies.

A Window of Opportunity for the Next Wave of RPM Tools

Despite the incredible sophistication and attention to RPM devices over the last few decades, research shows that the current RPM devices on the market present rectifiable challenges, leaving room for innovation of the next wave of RPM Tools.

Adherence
For patients prescribed RPM devices, adherence continues to be a major challenge. Several large-scale prospective research studies have attempted to demonstrate the benefit of RPM services in improving health outcomes for heart failure patients. Most have failed to reach their primary endpoint of reducing hospitalizations, and adherence to the telemonitoring service is listed as a key contributor.

The CONNECT trial, comprising 1,997 subjects with implantable cardioverter-defibrillators who were followed for 15 months, reported 55% adherence due to telemonitoring equipment not being set up, being unplugged, or not connected to a phone line.

Some studies have borne out more promising results. The TIM-HF Study for example, which demonstrated a higher adherence: 81% (287 of 354) of subjects completed more than 70% of daily transmissions over 12-28 months. However, if a subject did not report their data on a given day, the study deployed resources to call each subject and remind them to take their telemonitoring measurements. This likely influenced the higher telemonitoring adherence rate compared to other studies. Without consistent data from the home that does not require deploying significant additional resources, clinicians will have a difficult time trusting the efficacy of telemonitoring systems.

User Error
User error is another major challenge with current RPM solutions. Even the most commonly used devices, such as blood pressure cuffs, are not immune to user error; it has been shown that many patients have difficulty fitting the cuff properly and sitting in the recommended position, resulting in an incorrect blood pressure recording. Despite an inherently simple design, Pulse oximeters can be rendered ineffective by obstructions that impact the penetration of light by the sensor, such as nail polish.

Lack of Connectivity
Many RPM devices and systems require broadband internet access for data transmission, thus the disparities in access to reliable internet continue to be a barrier for widespread adoption.

The (Near) Future of RPM

As the U.S. slowly emerges from the pandemic, the interest in and necessity of effective remote patient monitoring systems and devices is stronger than ever. With continued innovation in technology, a focus on RPM solutions that remove barriers to adherence, combined to diminish the impediments of cost and disparities in access in the U.S. healthcare system, the future of remote patient monitoring promises to be a seismic shift back to where healthcare began: in the home.

Here at Casana, we have a new approach to RPM. We believe that effortless in-home monitoring can be a solution that solves the adherence challenges and doesn’t leave the burden on the user while ensuring the reliable and accurate collection of health data.

If you’d like to connect with Casana, please sign up for updates or send us a message at support@casanacare.com.

[1] “A Brief History of NASA’s Contribution to Telemedicine”. https://www.nasa.gov/content/a...